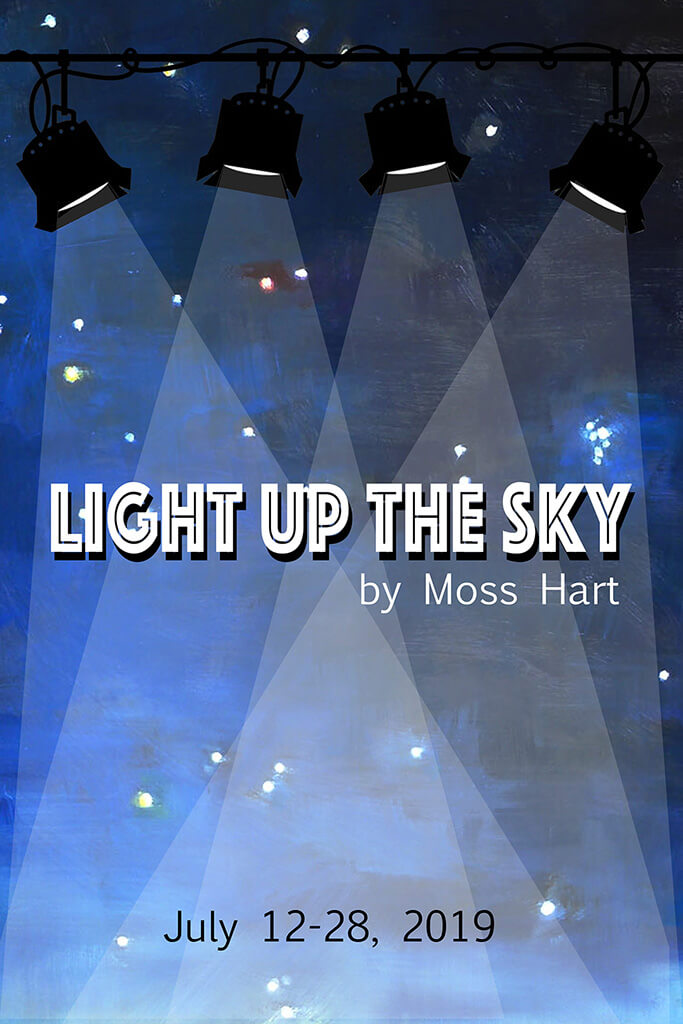 Light Up the Sky takes place in the hotel room of Broadway actress Miss Irene Livingston, prior to the opening of a new play in an out-of-town tryout. Over the course of the evening – and thus, over the course of the play – we follow a truck-driver-turned-playwright watching his first play being produced in Boston. This backstage comedy features the grandly temperamental leading lady; her sarcastic, gin-rummy-playing mother; the flamboyant director; the lowbrow producer; and his ice-skating, wisecracking wife. The opening night seems to go awry and the producer, cast, etc., believe it is a flop and turn against one another, against the producer and especially against their unlikely author. When it turns out that the reviews are favorable, however, the tables turn, and we see how easily show business people can go from friends to enemies to friends, once more.